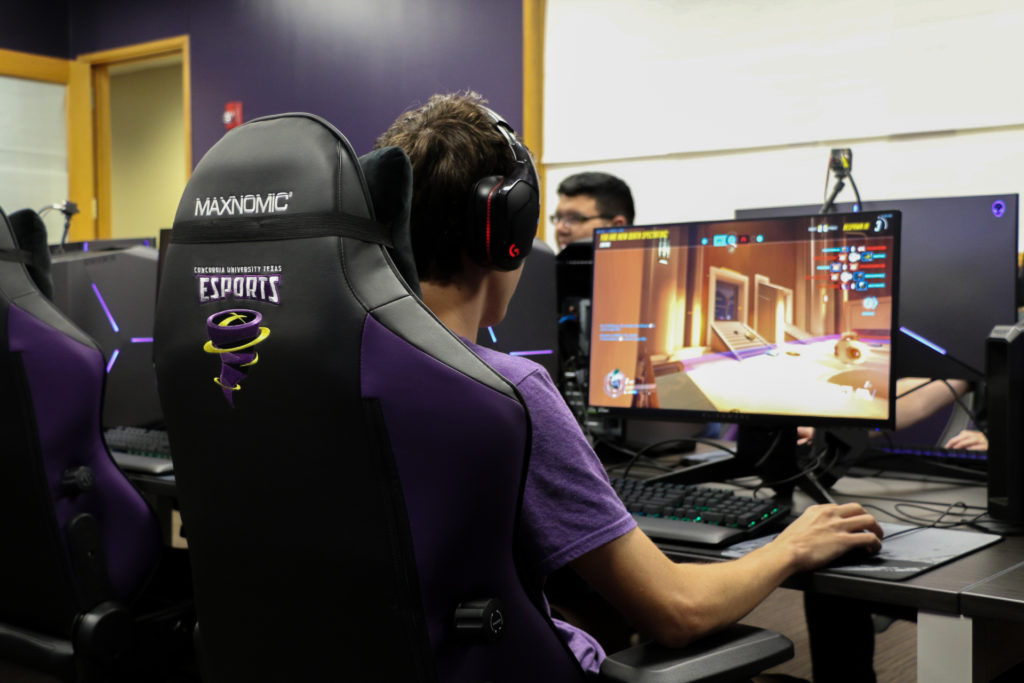 When Concordia University decided to add an eSports team to their athletic department portfolio, they knew streaming was an integral aspect of the program’s success. Nelco Media was able to design and install a state-of-the-art streaming workflow that fit seamlessly into the program’s existing infrastructure. The key to this success was centering the workflow around NewTek’s NDI technology. Through harnessing the power of NDI, Nelco Media was able to bring in live feeds from each gaming PC to a TriCaster all over the existing network.

If you haven’t heard by now, esports is kind of a big deal. Gamers like Ninja have made the sport more visible than it used to be by introducing it to the mainstream, but esports’ positive momentum in popularity can be credited to the movers and shakers at the grassroots level. And, with gamers mostly in the younger demographics, colleges and universities around the globe are getting involved. One school in particular, Concordia University Texas in Austin, is making moves, establishing a NACE-certified team and filling out a 13-seat playing arena on campus.

“From January to July [of 2019], we were building our arena ,and on July 30, we officially opened it to our players and announced it to the public.” says Marc Valdoria, coordinator and coach, CTX Esports. “What was great about it was that we had multiple departments working on this project instead of just one. When we spoke to most universities, it seemed to be the case where [the esports program] did their own thing and then tried to involve others, but, at Concordia, it was grassroots work, where everyone wanted to be involved to make sure the program was successful.”

Thanks to Sports Video Group for covering another Nelco Media integration! Read the entire article here