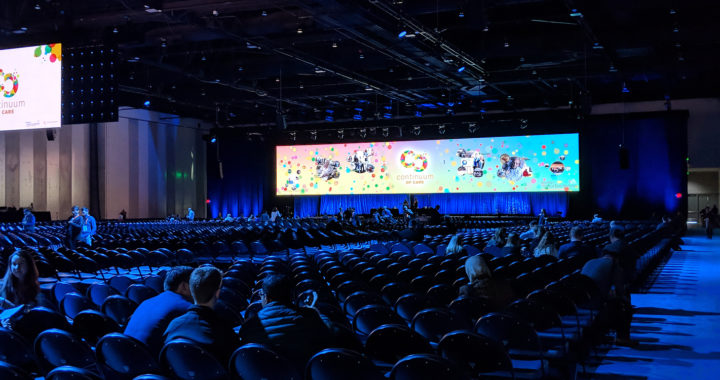 Twelve years ago, self-proclaimed cube dweller and IT Guy Joe Christensen took a huge leap leaving his 9-5 gig to start his own company and pursue a career in live production. Live video was gaining mass appeal and Joe wanted to be part of that world. After immersing himself in the gear and workflow options, he landed a solid corporate client and Blaze Streaming Media was officially born.

Today, the Portland, OR-based video production company produces 100+ live events per year (national and global), which range from IT Conferences and developer weekends to live sports events and marquee conferences such as TwitchCon. The company projects a 20% increase in business for 2019.

Joe and his team are taking another leap with the deployment of LiveU LU300 HEVC solutions to power his Wireless At-Home Productions. This time he is more certain of the outcome. After consulting with LiveU’s reseller Nelco Media of San Antonio, TX, the Blaze team was sold on the idea to enhance their capabilities.

“Our biggest challenge was consistent reliable connection no matter where you go. As you can imagine, we travel to so many venues in different locations. We’ve been using LiveU and it has truly given us the flexibility to be mobile, but also have that failsafe when internet issues arise at the venue. HEVC will give us even more peace of mind in low bandwidth situations.”

“My job is to create the opportunities  for my team and invest in their future. We are making investments in technology that will allow us to be more flexible with our hectic production schedules.” Joe Christensen, Owner of Blaze Streaming Media

“Nearly 97% of my client base is external, which means event productions are typically out of state and over multiple days. To give our crew a better quality of life, we decided to look at ways we could be more efficient without losing the quality our clients expect,” noted Christensen.

LiveU’s Wireless At Home Production brings all the heavy lifting home to Portland. The Blaze Streaming team will be able to control the entire production from its Portland facility – everything from directing, scoreboard, replay, commercials, and announcers. The only onsite elements would be the LiveU units and cameras sending the feeds back to the home studio.

“For some of our budget-constrained clients, At-Home Production is the difference between producing an event or not,” added Christensen.

Making the most of At-Home Production

Blaze Streaming Media plans to run At-Home Production through its paces before they are ready for primetime. “We have a slew of events planned where At-Home Production will be the primary solution including a gaming conference and medical conference,” notes Christensen.

“We’re also planning a production of a Women’s Roller Derby tournament that spans three countries and two continents,” said Christensen.  It will be produced using the LiveU Wireless At-Home Production model with the LU300 HEVC at the helm transmitting the feeds to the control room in Portland for editing before its distributed to the OTT platform.